Saturday, December 31, 2016 I Saw Death On My Way To New Year's Latin Mass Because Of The TWO Popes! 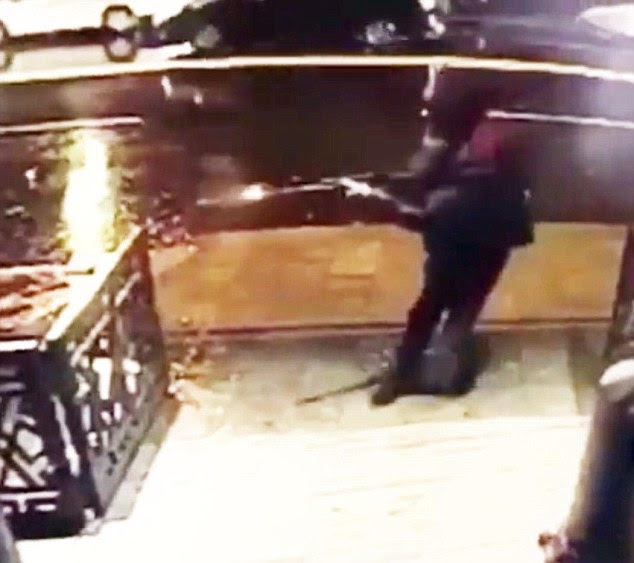 Turkish police have released two new pictures of the suspected Istanbul nightclub killer as they closed in on two locations in the hunt for the ISIS fanatic. The images, which appear to be taken from CCTV footage, show Turkey's most wanted man wearing a black and blue bomber jacket and leaning on a counter. They were released by investigators as shocking images emerged purportedly showing the bloody aftermath of the New Year's Eve massacre. This afternoon, the towns of Yalova and Bursa were both understood to be targeted by police after members of the public claimed to have spotted the nightclub killer. The first sighting took place in the port town of Yalova, where the suspect was allegedly seen disembarking from a passenger ferry after crossing about 40 miles across the Sea of Marmara. He then was reportedly seen hitchhiking to Bursa, a distance of 45 miles. Police are understood to now know the suspect's identity, nationality and associates but have not yet released this information to protect their investigation, Turkish media has claimed. Daily Mail