How To Confirm Church Doctrine Of Two Popes: If Pope Francis Slips Into A Coma Does Benedict Take Over? 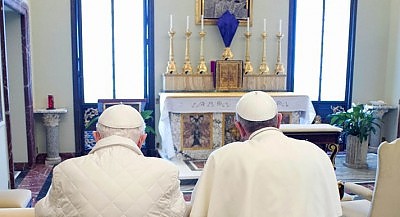 Must drive some people nuts.....