Pope's Reaction To Saudi Slaughter Of Thousands of Rioting Indians?

Well it hasn't happened yet.

Does the Saudi Government have a plan to evacuate all 10,000 peaceful Indians? No. That's why they are stranded. Most of the Indians have been laid for over 1 year and have run out of resources.

These Indians are basically slaves to the Saudis.

There are 3 Million Indians working in Saudi Arabia, but the Saudi government says that there are only 10,000 unemployed. This is a lie. The figure is much higher. So high in fact that the Saudi Government is very concerned. 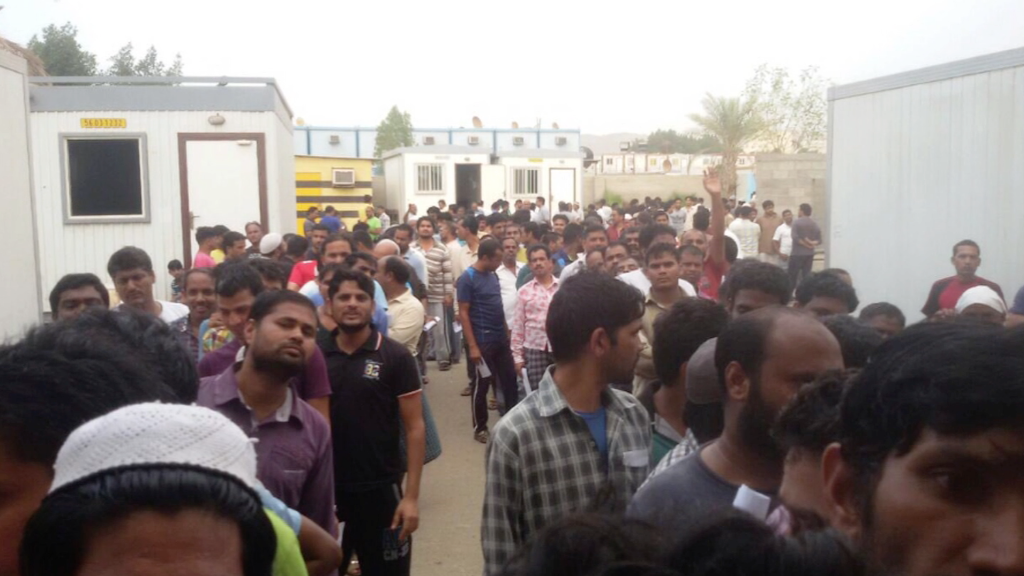 Starve? or riot while you still have the strength?

Next month is Hajj.

The Saudis need to clean up the Indian Mess before 9 September.

Over 10,000 starving Indian workers in Saudi Arabia have received 16,000kg of food from their own government, which was distributed in front of the India’s consulate in the port city of Jeddah. Over 10,000 Indian workers were laid off in Saudi Arabia after growth has slowed in the country, triggered by the negative effects of falling oil prices. The workers were left without any money to buy food or travel back to India. They asked their government for help. The desperate situation came to light after India’s Foreign Minister Sushma Swaraj said “large numbers” of Indians had been laid off in Saudi Arabia. Swaraj appealed to the Indian community on Twitter to “help your fellow brothers and sisters.”“I assure you that no Indian worker rendered unemployed in Saudi Arabia will go without food," she wrote. Investigations into the matter revealed that thousands were starving across Saudi Arabia and Kuwait. Swaraj told the Indian consulate in Saudi Arabia to make sure that no unemployed person starves and asked to monitor the situation on an hourly basis. RT Read More>>>>>>>>

This is a nightmare.

There will be blood shed.

The body count will be near the count of last year's dead hajj pilgrims.