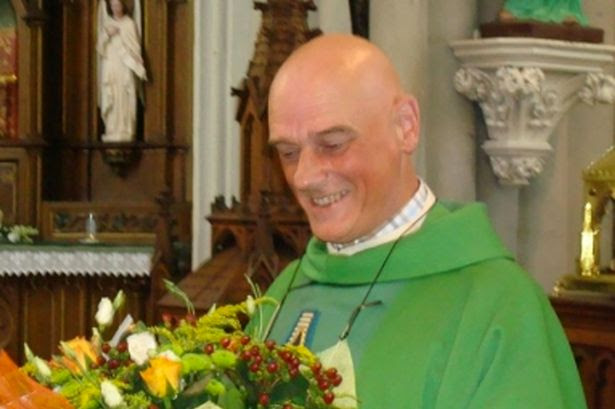 I don’t like to speak of Islamic violence, because every day, when I browse the newspapers, I see violence, here in Italy… this one who has murdered his girlfriend, another who has murdered the mother-in-law… and these are baptized Catholics! There are violent Catholics! If I speak of Islamic violence, I must speak of Catholic violence . . . and no, not all Muslims are violent, not all Catholics are violent. It is like a fruit salad; there’s everything. There are violent persons of this religion… this is true: I believe that in pretty much every religion there is always a small group of fundamentalists. Fundamentalists. We have them. Pope Francis Flying 29,050ft In The Habitat Of Demons of The Darksome Atmosphere

Let's keep track during the month of August of the Muslim violence versus Catholic violence.

Here is the first violent act committed by a Muslim:

A priest has been stabbed in his own home by an asylum seeker he allowed in to use his shower - according to local prosecutors. The priest - named locally as 65-year-old Jos Vanderlee - suffered injuries to his hands during the incident in Lanaken, Belgium. Public Prosecutor of Limburg Coppin Bruno said the attack happened at around 2.40pm local time (1.40pm UK time) but have stressed they do not believe it was terror-related. Prosecutors say the suspect had knocked on the priest's home to ask for a shower and help. After the shower the man allegedly asked for money and stabbed the priest when he said no.The attacker is then said to have fled the scene Mirror Read More>>>>>>>