Pope Francis Doom Novena! One Day After Sending Condolences After Deadly Railway Crash In Italy A MUSLIM Truck Driver Runs Over And Kills 75 In Nice, France 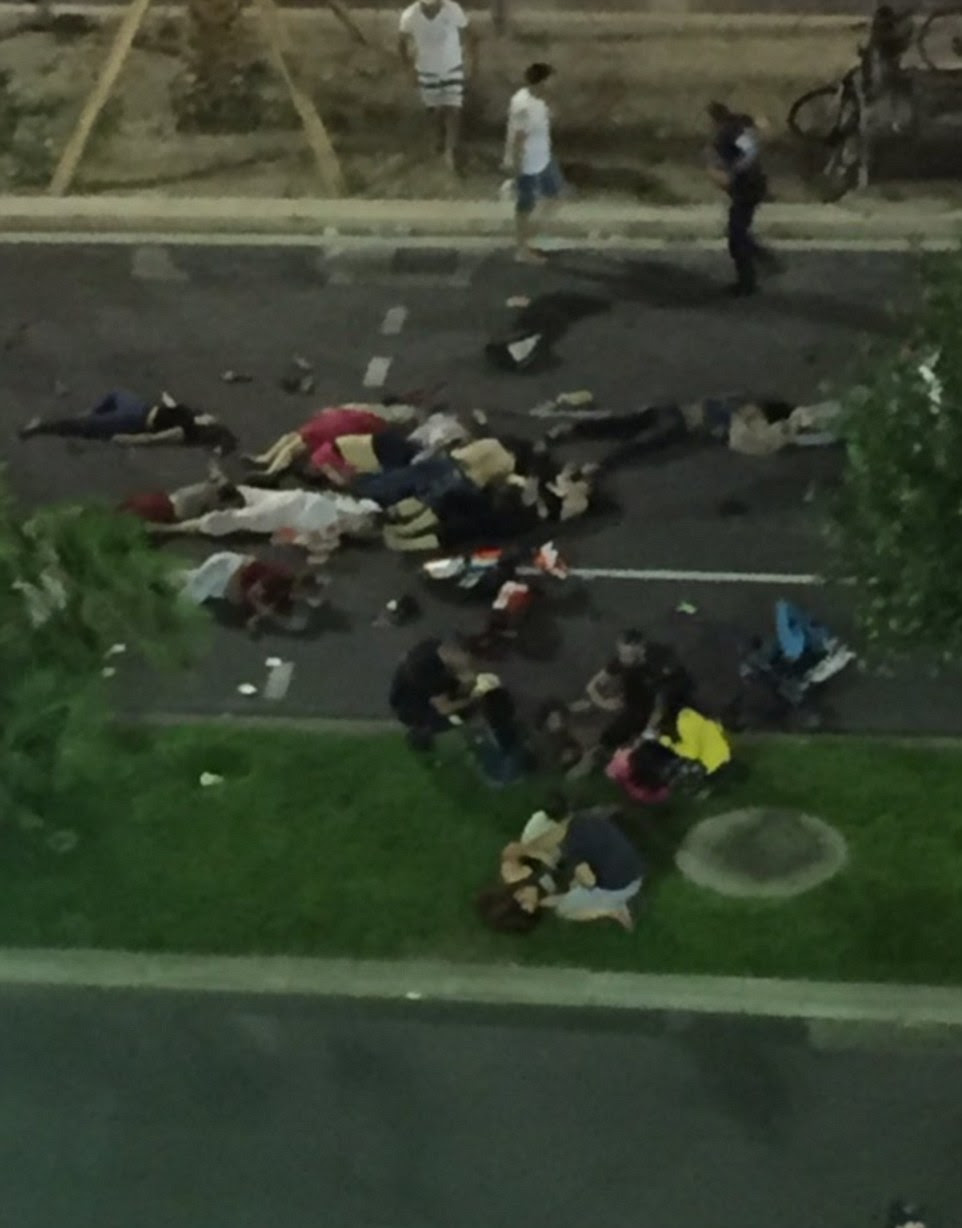 Another Pope Francis Doom Novena. This time it only took one day. This is how the Doom Novena works:
Pope Francis does not do the will of God, so God and his saints will not grant his prayers. As a matter of fact the response to the prayers of the Pope is answered with more death and destruction.

No one believes this of course.

Many are starting to wonder. Even the Pope is concerned himself.

Now on what went down:

Train crash during the hour of Terce, killing 25.

Pope sends up prayers and asks for "Maternal protection of the Virgin Mary.”

(Vatican Radio) Pope Francis has sent a telegram of condolences to the local archbishop after Tuesday’s deadly train collision in southern Italy. At least 25 people were killed and around 50 were wounded in the crash, some of them critically.In Tuesday's telegram addressed to Archbishop Francesco Cacucci of Bari-Bitonto, and signed by Vatican Secretary of State Cardinal Pietro Parolin, the Pope expressed “his warm and heartfelt participation in the suffering” of the families affected by the tragedy.The Pope assured them of his “fervent prayer of intercession for those tragically killed and,” and prayed for the “swift healing of the wounded.”Finally, Pope Francis bestowed his apostolic blessing, and entrusted all those affected by the tragedy to the “Maternal protection of the Virgin Mary.”The crash occurred at around 11:30 in Southern Italy’s Puglia region, tearing apart three carriages and sending debris into the surrounding olive groves.The two trains collided while on the same track connecting the small towns of Corato and Andria.There was no immediate indication of the cause of the crash, but the government has promised a full and swift investigation.Tuesday’s incident is Italy’s worst railway disaster in recent years.The last major rail disaster in Italy was in 2009 when a freight train derailed the central Italian town Viareggio, killing more than 30 people living close to the tracks in the subsequent fire.

What is the response to the Pope plea for the Maternal protection of the Virgin Mary?
Just one day later....more death.......
14 JULY 2016 NICE FRANCE
HOUR: COMPLIN