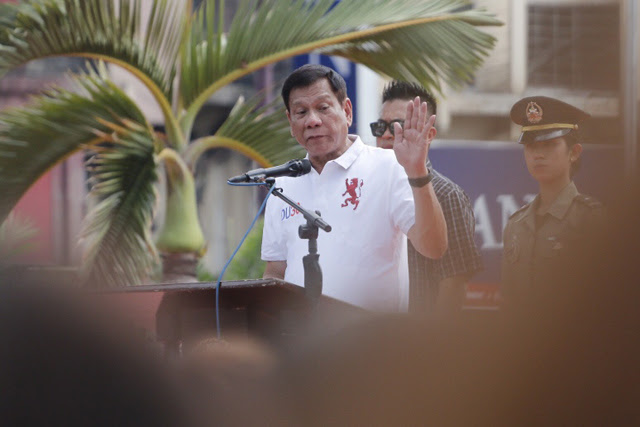 It's worse than I thought.......
Duterte makes fun of Catholic Church’s practices
MANILA, Philippines - President-elect Rodrigo Duterte Monday made fun of the practices of the Roman Catholic Church, which has been critical of his stance on family planning and death penalty. Duterte, in particular, joked about the Catholic practice of venerating saints, people officially recognized by the Church as models of the faith. “I believe in one God Allah. Period,” he said during his last flag ceremony as Davao City mayor. Allah is the name of the God worshipped by Muslims. Duterte’s discomfort with Catholicism, it seems, stemmed from his unpleasant experiences when he was still a child. He recalled that when he was a child, his mother Soledad would punish him by asking him to kneel before an altar. "I told Jesus, help me. He said I can’t help a naughty boy,” he said in jest. Duterte said in the Catholic faith, there are about 5,000 saints to choose from. “You choose your saint: San Tiago, Santo Isabelo, Santo Roman, Santilmo, Santo Rodrigo,” the next Philippine president said, drawing laughs from the audience. “St. Peter himself loves cockfighting,” he said in jest, referring to the apostle whose symbol in art is the rooster. Philstar Read More>>>>