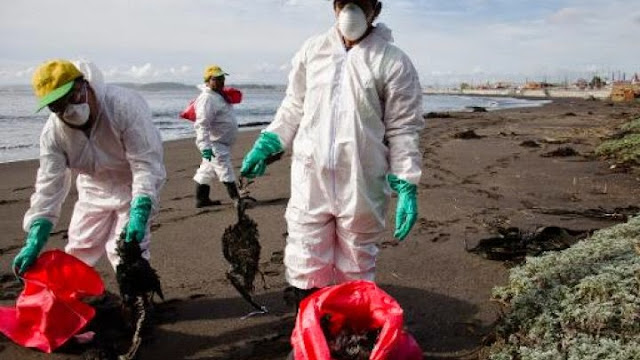 Pope Francis is the Destroyer. Death and destruction follow in his wake. Latest proof is the 'prayers' he offered to victims of a flood in Chile. And fifty days later the fruit of the Destroyers 'prayers'? More death - this time dead birds who all drowned in fishing nets.

Francis prays for flood victims in Chile and Peru

Vatican City, 28 March 2015 (VIS) – Cardinal Secretary of State Pietro Parolin has sent a telegram on behalf of the Holy Father to Archbishpo Ivo Scapolo, apostolic nuncio in Chile, on account of the floodings and landslides caused by intense rainfall, that have already claimed six lives and left 19 people missing and thousands injured in the north of Chile; in southern Peru a further six people have been killed. The torrential rains have caused a total of at least 4,000 victims in both countries.

“Due to the severe flooding that has affected areas of Peru and Chile, causing casualties and heavy damage to property, the Holy Father offers prayers for the eternal repose of the deceased and asks for the Lord to grant consolation and strength to those affected by this disaster.

The Holy Father furthermore exhorts all institutions and persons of good will, motivated by sentiments of fraternal solidarity and Christian charity, to offer assistance to overcome these difficult moments, and offers them his heartfelt blessing”.

Now for the fruit of those destroying prayers

SANTIAGO (AFP) - Chilean authorities said Monday they are investigating what killed some 1,300 seabirds that mysteriously turned up dead on a beach.

The birds, which belong to the Procellariidae family, may have drowned after getting trapped in fishing nets or died from a disease such as bird flu, which is not endemic to Chile, said the country's Agriculture and Livestock Service (SAG).

They were found Sunday afternoon by visitors to a small black-sand beach in the southern town of Lenga, a cove with several hundred inhabitants who live mainly on fishing and tourism.

SAG said it was analyzing samples taken from the birds to try to determine the cause of death.

Hundreds of birds were found dead in the same area in 2010. Authorities determined they had been caught in fishing nets.