Pope Francis: The Lord’s Passion And Via Crucis: SECOND STATION: SHOT TO THE HEAD IS A QUICK MARTYRDOM! 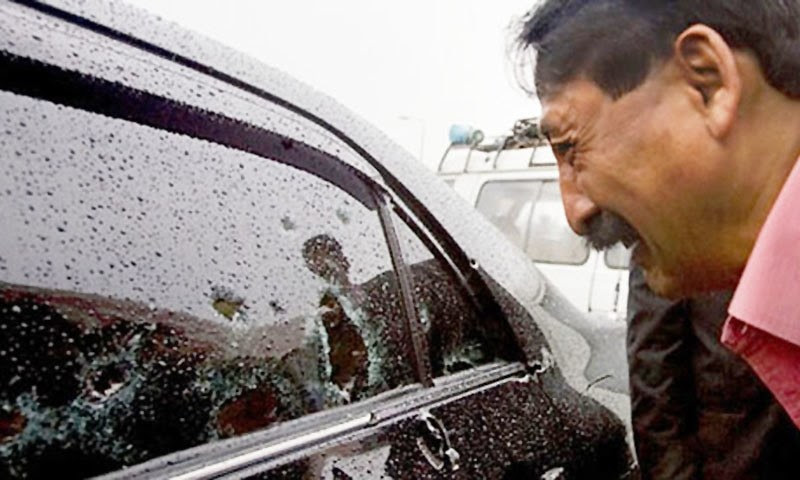 SECOND STATION
Jesus takes up his cross
“Numbered with the transgressors”

From the Gospel according to Mark

“After mocking him, they stripped him of the purple cloak and put his own clothes on him. Then they led him out to crucify him”.[9]

The soldiers of the governor surround me. For them, I am no longer a person but a thing. They want to toy with me, to mock me. So they dress me up as a king. There is even a crown, a crown of thorns. They strike my head with a reed. They spit on me. They lead me off.[10]

I keep thinking of the striking passage of the prophet Isaiah about the Servant of the Lord. It says that he had no appearance of beauty; he was despised; he was a man of sorrows; he was like a lamb led to the slaughter; he was cut off from the land of the living; he was beaten to death. I am that Servant, sent to reveal the greatness of God’s love for man.[11]

You, Jesus, were “numbered with the transgressors”.[12] Among the first generation of Christians, simply because they spoke openly of you, Peter and John, Paul and Silas were cast into prison.[13] This has happened repeatedly throughout history.

In our day too, men and women are imprisoned, condemned and even slaughtered for the simple reason that they are believers or engaged in promoting justice and peace. They are not ashamed of your cross. For us they are wonderful examples to imitate.

LET US PRAY IN THE WORDS OF A MARTYR, SHAHBAZ BHATTI

On the morning of 2 March 2011, Shahbaz Bhatti, Pakistan’s Minister for Minorities, was killed by a group of armed men. In his spiritual testament he had written:

“I remember a Good Friday when I was only thirteen years old. I heard a sermon on the sacrifice of Jesus for our redemption and for the salvation of the world. And I thought of responding to that love by showing love for our brothers and sisters, placing myself at the service of Christians, especially the poor, the needy and the persecuted who live in this Islamic country.

“I want my life, my character and my actions to speak for me, and to say that I am a follower of Jesus Christ. This is so strong a desire in me that I would consider it a privilege if Jesus should wish to accept the sacrifice of my life”.

In the light of this testimony, let us pray: Lord Jesus, you strengthen inwardly all who suffer persecution. May the fundamental right of religious freedom spread throughout the world. We thank you for all those who, like “angels”, give marvellous signs of your coming Kingdom. 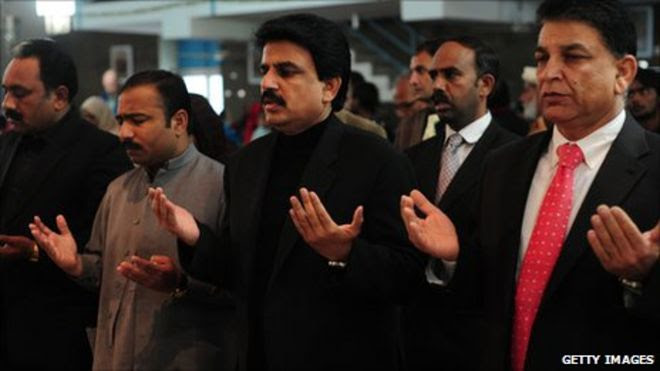 What Kind Of Martyr Prays With Muslims????